Back when Emily and I were first married, before she worked at the cyber school, she taught at a Mennonite high school.  Most mornings I would pack her lunch for her, as she left much earlier than I did (I work with college students, why be on campus before 10?).  I often packed a simple lunch: a sandwich, piece of fruit, and some other snacks.

At the beginning of her next year of teaching Emily wanted to improve her lunch.  Rather than sandwiches, she was thinking wraps, for example.  I do not recall which of us used the word first, but we said we were going to “pimp” her lunch.

What we meant was we were going to improve her lunch, make it better.  The same terminology is used in pop culture, such as the famous television show Pimp My Ride.

Much of our culture glorifies pimps.  If you Google “pimp” you find among the top ten searches a site that will give you your “pimp name” and a website telling you how to be a real pimp.  I see the same thing occasionally on Twitter and Facebook : “pimps”, “pimping” = cool, to be admired, a good life.

In reality, pimps are criminals who beat and abuse women.

Pimps prey on underage girls.  They often begin by sweet-talking them to earn their trust.  They tell the girl that they are her boyfriend.  After a while the pimp says they need money and asks her to do something for him, to show her love.  This thing he wants her to do is have sex for money.  Often part of the girls’ training is to be raped by multiple men.  Pimps use physical and psychological abuse to keep the women in their “stable” obedient. 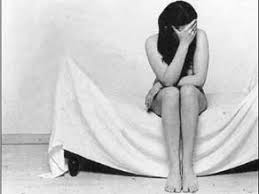 Let me say it again: pimps are criminals.  Pimps make thousands, millions, of dollars selling girls and women for sex.  And in case you want to say that the women chose that life, the average age of entry into prostitution is twelve years old so even many, if not most, women who are prostitutes over the age of 18 are victims of child abuse and rape.

Next time you want to talk about making your car or house or lunch better, choose a word other than “pimp”.  Let’s eliminate any positive reference to “pimp” in our vocabulary.  Instead, may we focus on the fact that pimps are criminals who should be locked up.

Want another article to read, try this one: Pimping Plays Role in US Human Trafficking

Most of us would probably agree that yes, we’re against trafficking and, of course, we’re against slavery, but a quick look at the music on our iPods or the artists we support might tell a different story. It’s critical that as consumers we begin to call out ‘pimping’ for what it is – trafficking, slavery, an extreme form of violence and abuse against women and children.

As a founder and executive director of GEMS, the nation’s largest service provider to commercially sexually exploited and trafficked girls and young women, I’ve listened to thousands of stories about pimps, seen and experienced firsthand their brutality and violence, visited girls in the hospital who’ve sustained major injuries and helped support the healing of girls who’ve been left with invisible scars, memories and trauma that are simply compounded by society’s continued acceptance and glorification of the men that hurt them so badly.

Frankly, it’s hard out here for a 13-year-old girl who’s under the control of an adult man who beats her daily, tattoos, brands, his name on her body to mark her as his property, who controls her every movement and forces her to have sex nightly with dozens of adult men and then takes her money. If that’s not trafficking and slavery I don’t know what is. I wish someone would make a song about her.

My life is quite simple really. I love my wife Emily and my kids, Junia and Elijah. I serve in campus ministry at Penn State Berks. I enjoy life. View all posts by davehershey